Born in 1963 in Rotherham Jeremy is the eighth of twelve children to Dr’s Frank and Mary Neal. His mother a Rotherham GP. and father a Consultant Oncologist by profession as well as co-founder and General Manager of Weston Park and Sheffield Dental Hospitals.

Jeremy attended St. Bede’s Catholic Primary school progressing onto St. Bernard’s Catholic High School. As a child he was a Cub Scout, Scout, Venture Scout and later passed on his knowledge as a Scout Instructor.
He involved himself in the local parish community in his formative years, through St. Mary’s Church Choir and served the altar until he was 23. In addition, he contributed further as a member of the youth action group and Parish Council.
Being a keen musician, in his youth he played the viola, drums, guitar and piano, the latter of which he maintains as a hobby. Assisted with his musical proficiency, he became a member of the Rotherham Young Symphonia Orchestra, which has influenced his continual involvement in church and charity choirs to date.

After School he attended College where he obtained a diploma in Business Management and then went on to study for his Diploma in Funeral Directing in Leeds.

Jeremy married in 1985 having a daughter that year and a son three years later. When the children were at School he became a founding member of the Parent Teacher Association. He took over the running of the church choir, joined Forty Martyrs Parish Council and became chair of the Hall Management Committee. He also accepted an invitation to be a Foundation governor at St. Bede’s School where within six months he became Chair, a position he held for a further 10 years.

Once the funeral business was established, he formed PJ Properties. A property portfolio with a difference. PJ Properties focusses on supporting those in need with affordable housing at reduced rents.

Jeremy has always been a keen supporter and volunteer of the Rotherham Hospice as a volunteer, fundraiser and Joining the board of trustees. He has recently resigned from the board, serving the last two years as vice chair. However, he now maintains his involvement with the charity as a volunteer and member of the choir. Until recently he was also a member of the Rotherham Scout Executive and continues to serve as a director of the Morthyng Group Ltd. An educational charity assisting children and young people.

Jeremy believes being a funeral director is not just a job but a vocation.

Born in Maltby to parents Bob and Rosa Mickle. Lorraine’s parents like many others travelled to Maltby with the promise of housing and work at Maltby Colliery in 1954.

A mother to two amazing daughters, mother-in-law and Mommar to five wonderful grandchildren.

Lorraine’s funeral directing career began with her mum’s cancer diagnosis and her desire to care for her through her final journey, something to this day she feels so privileged to have been able to achieve.

Her father, Bob, died in 1990 after a short battle with cancer at which time her world fell apart.

‘He was my rock and my inspirations in life & I promised myself, & mum, I would care for her when her time came. Which of course I was able to do’.
Lorraine joined Jeremy in 2004, firstly on a voluntary basis but it soon became apparent this was her chosen path so she became full time.

Her time was spent working at Hilltop School in the day and Maltby independent Funeral Service in the evenings and school holidays. She took every opportunity to learn new skills, working closely with families through their journey of grief with gentle guidance, support and understanding.

Mark Left coal mining in 1992 when he trained and became a qualified member of the British Institute of Embalmers. He then went on to work as a funeral director looking after families in and around Nottinghamshire before moving on to Manage 27 funeral homes looking after circa 3,000 funerals. After 22 years he made the decision to leave funerals and take on the challenge of opening a new Crematorium for Memoria Ltd in Barnby Moor. Mark soon realised he missed the personal interaction of serving & Helping bereaved families so when the opportunity to Join Jeremy and his team as Operations Manager / Funeral director came a long he took it and is now working as part of the dedicated, committed team Jeremy has brought together.

I joined the business in 2015 after taking voluntary redundancy from the NatWest bank where I had worked for nearly 30 years. Having been with a large corporate company for so long I welcomed the opportunity to work for a small family owned business serving a community. Although mainly responsible for office administration I enjoy being part of a close, supportive team dedicated to providing bereaved families with the best possible service and care.

Dean went to school in Thrybergh and after leaving Thrybergh Comprehensive School started work for Rotherham Borough Council. His primary role was Ground Maintenance and Grave Digging. After 32 years Dean wanted a change so he re-trained to become a Cremator Operator and Crematorium Technician at Herringthorpe Crematorium.

In March, this year (2020) Dean decided to change his job again and started work at Jeremy Neal Independent Funeral Service as a Funeral Directors assistant, where he says,

‘I have been made very welcome and I am enjoying all aspects of my new career’.

Followed his Father, Grandfather and Great Grandfather into the family business G.M.Charlesworth & Son upon leaving school in 1983.

In 2008 the family business was taken over but Marc continued as lead funeral director until an opportunity arose for him to once again become an independent Funeral Director in his home town in 2014.

Marc and his wife Tracey ran this business successfully until early 2020 when this in turn was sold at which time he joined the team at Jeremy Neal’s. Once again offering the kind of service synonymous with Independent Funeral Directors in the profession.

What to do when someone dies

Paying for the funeral 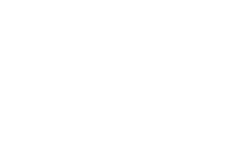